Today, I want to share with you a quick article on an upgrade I did on my Losi Baja Rey Body. I have had the Losi Baja Rey for going on a year now. This truck has gone through the ringer, It has been bashed and crashed hard, Flown off high jumps and slammed into a tree head-on. Surprisingly, the Baja Rey is still in one piece. Only minor issues from all this abuse.

After being crashed into trees once or twice and landing a jump on the front bumper several times, the front body section broke. The right side fender got torn off and ripped the left lower part of the fender. 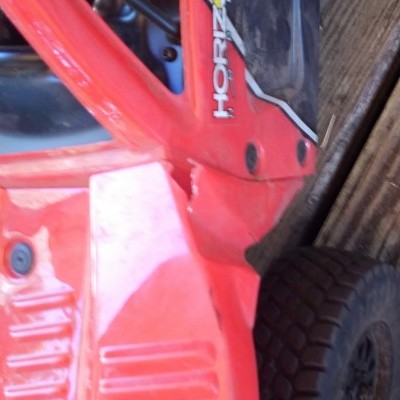 Instead of just replacing the body with a new Baja Rey Body I decided to see if I could fit a traxxas slash body on to it. My Slash is no longer running and I have 4 Bodies for it, So why not use one to see if it will go on the Losi. It will be a little of work but should be able to fit relatively easy. 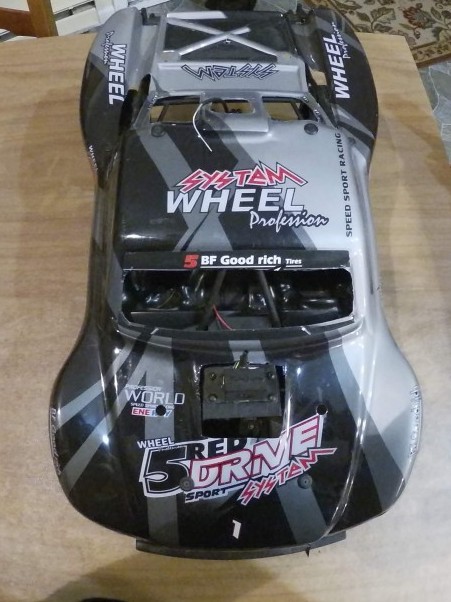 How I Did The Body Upgrade

First, I removed the body from the Losi Baja Rey. Next, I set the Traxxas Slash Body on top of the Baja Rey to line the body up to the chassis. It was easier for me to flip the truck over. Set the body on its roof and the truck flipped over and set in the body. This allowed me to see where and what places needed to be trim and cut out.

Once I found where needed to be cut and trimmed, I used a pair of lexan body scissors and cut out three holes in the back window area for the roll cage and the on/off switch. Also, needed to trim all 4 wheel wells that way over rough terrain and jumps the tires don’t rub. Probably did not need to, but I did cut out the front windshield.

After the body has been trimmed and cut out where it needs to be, I drilled holes for the mounts. Two in the front hood, two in the back side of the roof and two in the top side of the rear fenders. 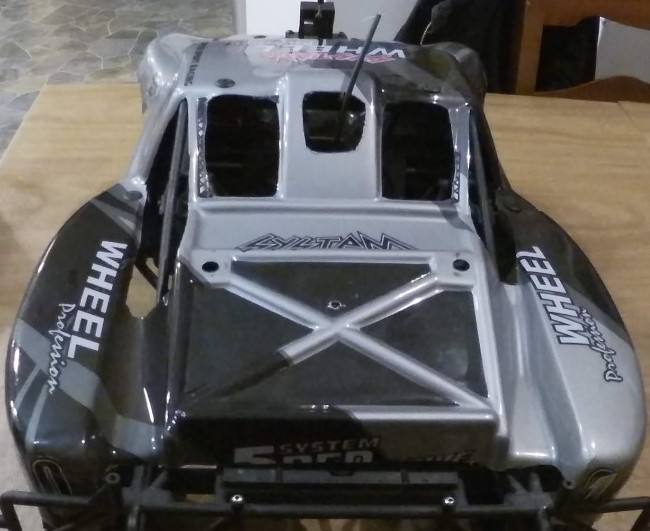 This was a trial run body, if it got messed up in the process it would be no big deal. All in all it was fairly easy and quick to do. It took me maybe a total of 30 minutes to fit. The Losi Baja Rey Body Upgrade don’t look to bad. I am pleased with the looks for now. 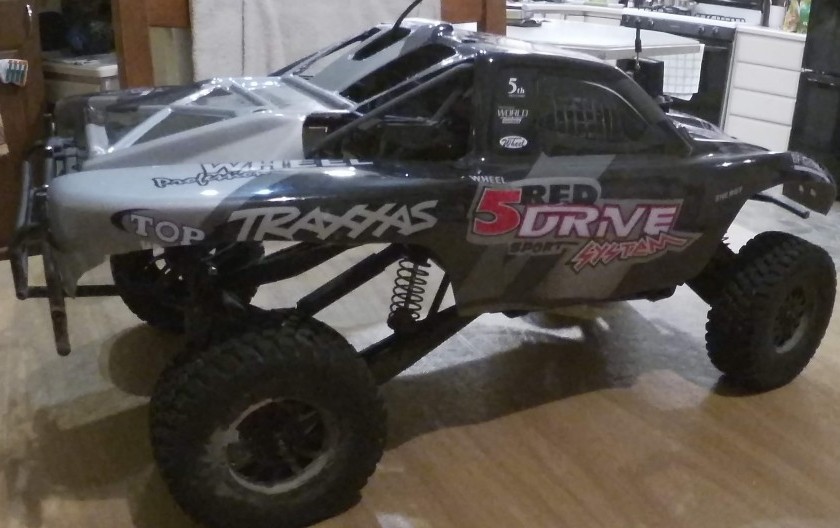