A great addition to your RC vehicle for winter running is a set of RC Snowmobile Tracks. I know they are on the expensive side when compared to paddle tires, But they do work better. The RC Snowmobile tracks provide a larger ground contact area, which helps to disbute the wieght of the RC vehicle to keep it from sinking down into the snow.

Integy makes a great rc snowmobile track for your 1/10 scale RC cars and trucks. These tracks can be used on the rear of 2wd vehicles or on the front and rear of 4wd vehicles.

The tracks are very easy to install. All you need to do is remove the wheels from the RC, 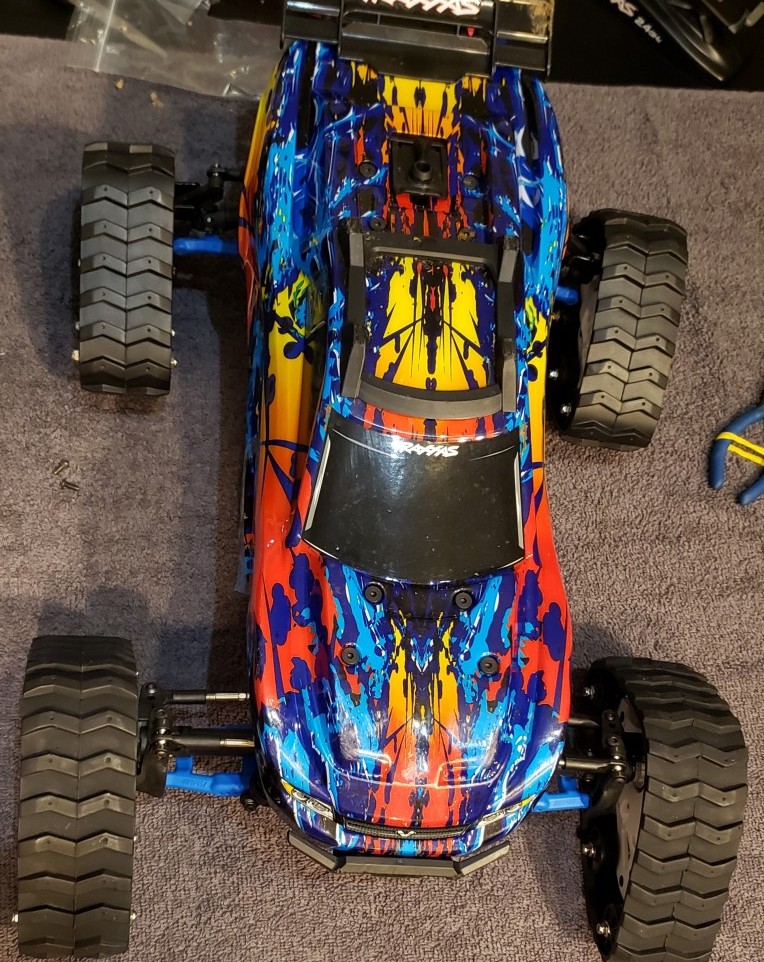 Over the weekend I attempted to run these cars with the tracks installed. The Rustler 4×4 did not run maybe 1 minute before one of the tracks broke. I was able to fix it up and try again. This time, not 2 minutes of lit running and all the rest of the tracks broke. These tracks were just purchased, and this was the very first run with these snowmobile tracks. I have contacted the company and am awaiting replacements.

Once I receive them, I will update this post. Below is the video of my attempt to run with the tracks.